Warning: Declaration of PLL_Walker_List::walk($elements, $args = Array) should be compatible with Walker::walk($elements, $max_depth, ...$args) in /home/customer/www/backup.lafayetteband.org/public_html/wp-content/plugins/ait-languages/include/switcher.php on line 211
 Awards, Achievements and Recognition | 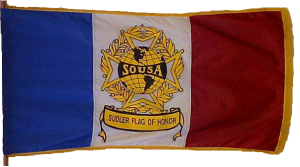 Congratulations to the Lafayette Band for receiving the 2014 Sudler Flag for Concert Excellence . This international award was presented by the Sousa Foundation on December 19, 2014 at The Midwest Clinic in Chicago, IL. The public presentation will be made to the Lafayette Band at a time to be announced in the spring of 2015 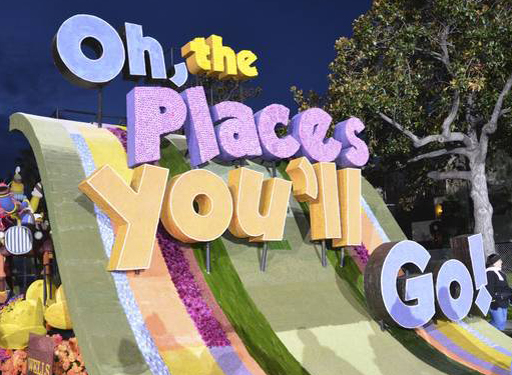 This event began as a promotional effort by Pasadena’s distinguished Valley Hunt Club. In the winter of 1890, the club members brainstormed ways to promote the “Mediterranean of the West.” They invited their former East Coast neighbors to a mid-winter holiday, where they could watch games such as chariot races, jousting, foot races, polo and tug-of-war under the warm California sun. The abundance of fresh flowers, even in the midst of winter, prompted the club to add another showcase for Pasadena’s charm: a parade would precede the competition, where entrants would decorate their carriages with hundreds of blooms. The Tournament of Roses was born.

“In New York, people are buried in snow,” announced Professor Charles F. Holder at a Club meeting. “Here our flowers are blooming and our oranges are about to bear. Let’s hold a festival to tell the world about our paradise.”

During the next few years, the festival expanded to include marching bands and motorized floats. The games on the town lot (which was re-named Tournament Park in 1900) included ostrich races, bronco busting demonstrations and a race between a camel and an elephant (the elephant won). Reviewing stands were built along the Parade route, and Eastern newspapers began to take notice of the event. In 1895, the Tournament of Roses Association was formed to take charge of the festival, which had grown too large for the Valley Hunt Club to handle.

The Tournament of Roses has come a long way since its early days. The Rose Parade’s elaborate floats now feature high-tech computerized animation and exotic natural materials from around the world. Although a few floats are still built exclusively by volunteers from their sponsoring communities, most are built by professional float building companies and take nearly a year to construct. The year-long effort pays off on New Year’s morning, when millions of viewers around the world enjoy the Rose Parade.

In 1983, the Association created the Tournament of Roses Foundation, a non-profit corporation, to receive contributions from members, friends, supporters and the general public. The Foundation makes annual grants to non-profit organizations in Pasadena area communities by funding sports and recreation, visual and performing arts, and volunteer motivation and leadership development projects and programs. These broad categories allow the Foundation to contribute to the civic, cultural and educational advancement of Pasadena area communities. To date, the Tournament of Roses Foundation has given a total of over $2.5 million to more than 170 organizations.

The Lafayette High School Music Department was recognized as a 2005 Grammy Signature School.

This is an award granted to schools who have an outstanding comprehensive music department. To recognize schools across the country that support and maintain arts and music programs. The Grammy Signature Schools program recognized the top public high schools across the United States that made an outstanding commitment to music education during the 2004-2005 school year.

The Lafayette Band is a two-time recipient of the coveted Sudler Shield.

Lafayette Marching Band has had the distinct honor of escorting Santa on two different occasions (1991 and 2002) in the world-famous Macy’s Thanksgiving Day Parade in New York City.

National Finalist, Bands of America Grand Nationals, 1995 and 2004, Indianapolis, IN.

Lafayette band performed several times at the Kentucky Music Educator Association Professional Development Conference in Louisville with the last of their five appearances occurring during the 2011 session.